Do you love dogs?

Every human being has an emotional feeling. Your dog has too.

Sometimes dogs are in energetic, and sometimes in a down mood. If your dog is in a down or upset mood, then you should have to more take care of your LOVE. 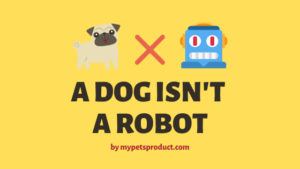 One of my friend Krish has a cute dog name boxy. He is super clever and friendly with mostly everybody.

Boxy is almost 18 months old and living with Krish and his family. Krish gave him great training. If someone comes to Krish’s home and if he asks to boxy for shake hand to the guest, the boxy is always ready.

Every guest was so impressed by boxy’s nature. The guests always told Krish, he has the best dog in the world.

One day, I have some work with Krish. So, I call him and we decided to meet at his house in the night. I go to his house and rang the bell.

Krish opened the door and he welcomed me inside his home. Suddenly, I saw the boxy and I shout, “Hey boxy boi, come here and give me shake-hand”. What happened next?

He saw me but didn’t react to my call. So, I think he must forget me (since he knows me very well, I usually come to Krish’s house in the weekend)

So, I decided to speak again but the same thing happened. Boxy didn’t react on it.

I was a little bit frustrated first, why the hell boxy don’t react on me. Krish saw everything.

He smiled at me and said boxy should forget you, let me try to ask the shake-hand.

It was an embarrassing moment for me. It was a very first time I see when boxy didn’t react on Krish’s call. I was frustrated more after seeing it.

I thought, why boxy behaved like this. I have a question and I want to ask it to Krish as early as possible.

So, I looked at Krish and he smiled at me again and ask me to have a sit first.

The very first sentence he spoke was: “A dog isn’t a robot”

I asked, why boxy is angry with you?

Krish replied to me, every evening we(Krish and boxy) going for a walk. But today I have some pending works and I have to complete it till the evening. So, I got busy with my works and I just lost the time- frame of walking with boxy.

He added That’s the only reason why boxy didn’t react on our calls.

I asked, Are you sure? I think he is not well!

Krish replied, a week ago I just lost the evening walk with boxy. On that day too, he was angry with me.

I replied to Krish, that’s unique, so boxy is almost like us but with four legs….

Krish replied, of course, dog or even any animals have feelings. Boxy is our family member.

I told, Let us go to the walk with boxy now.

Krish replied to me, It is a great idea, why not!

After that, Krish went near to boxy and ask him for a walk. The first time again boxy didn’t react on Krish. Boxy only looked to Krish.

Krish picks up the belt which he used to tie boxy. Suddenly, boxy wake up from his place and I see the excitement level on his body.

Boxy got happy and coming near to Krish and shouted on Krish. bhowww…bhowww… (in a very excited tone)

Krish tied him with his belt and again ask for the shake-hand. What happened next!

He did the shake-hand with excitement and joy.

I just got shocked with opened jaw and smiled.

I also tried to ask the shake-hand to boxy and what! He gives me a shake-hand. That’s amazing. We just went for the walk.

On that day, I realised the dogs have a strong emotional connection with people. We have to connect with the dogs. Dog want love from us.

I always remember Krish’s point: “A dog isn’t a robot”

So, if you have a cute dog in the house please keep him only as a dog, not a robot. Always respect his emotion. Feeding him good and healthy food. Go outside with your dog.

Get FREE “100 Training Tips” for your Dogs 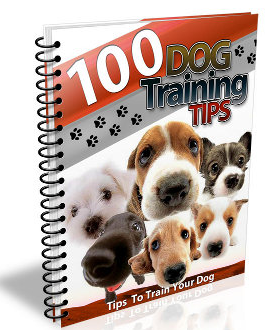 Mypetsproduct.com is a participant in the Amazon Services LLC Associates Program, an affiliate advertising program designed to provide means for sites to earn advertising fees by advertising and linking to Amazon.com, Amazon.co.uk, Amazon.ca. Amazon and Amazon logo are trademarks of Amazon.com, Inc or its affiliates.

Hello, I am Hardik Sonawala. An engineer by education and blogger and entrepreneur by profession. I love to do writing and travelling. I am running the blog www.mypetsproduct.com where I put the information regarding dog's health guide and suggesting best food and water bowls. Read More…